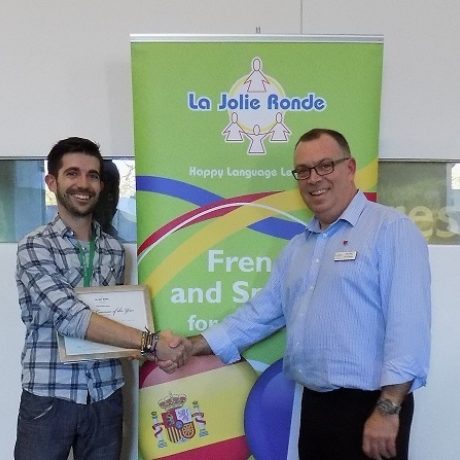 LICENSEE OF THE YEAR ANNOUNCED AT ANNUAL SCOTLAND MEETING

Our annual Licensee Conference took place this weekend at The Dynamic Earth Conference Centre in Edinburgh, for licensees and tutors from Scotland and the North of England.

After the training session followed the announcement of Licensee Achievement Awards as well as the prestigious "Licensee of the Year" Award.

Licensee of the Year for the Scotland and the North of England went to Adrian Lago who teaches in Edinburgh. 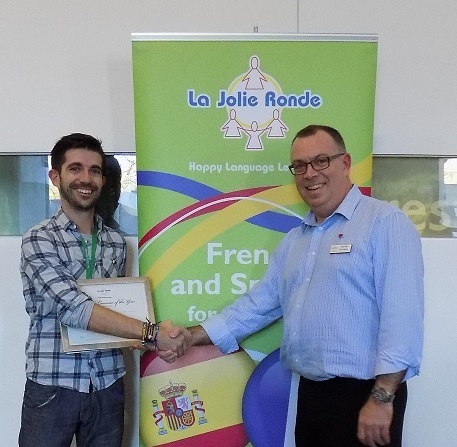 Adrian, who teaches both French & Spanish, has a thriving business in Edinburgh and with the help of his team of tutors, teaches over 125 pupils a week!!!. Chosen for his enthusiasm for teaching Spanish & French which is infectious, Adrian's classes are varied, interesting and a hive of activity. His fun teaching style, keeps all pupils thoroughly engaged and each and every class is extremely professionally delivered. Adrian was also presented with his 5 year Service Award. 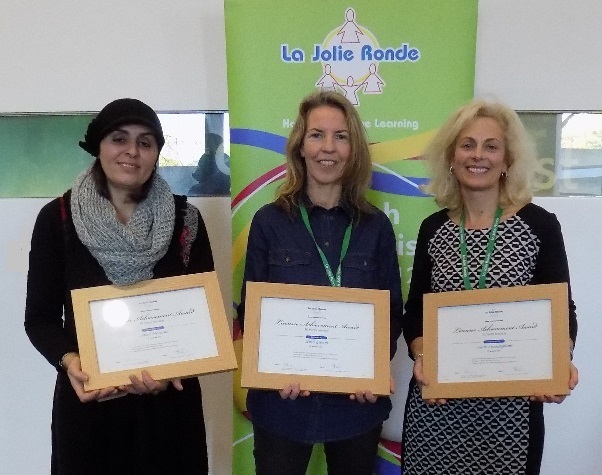 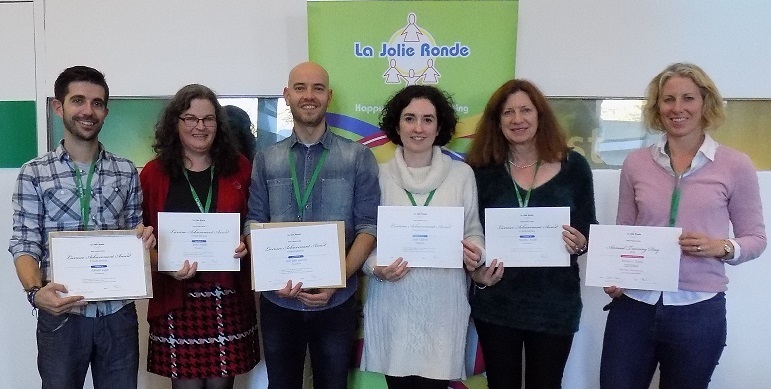 WE'RE READY TO WELCOME YOU BACK

Where possible our classes are up and running in schools, nurseries and venues. Our Online Classes a...

We Can Offer You Much More Than An Online Class

One happy language learner! Everyone who who signs up to the programme receives their own Pupil Acti...

EASTER SPECIALS - French and Spanish games and books are perfect for the whole family to join in wit...

Our Online Classes have been a great success!!! Not only did we want to continue to bring you your F...